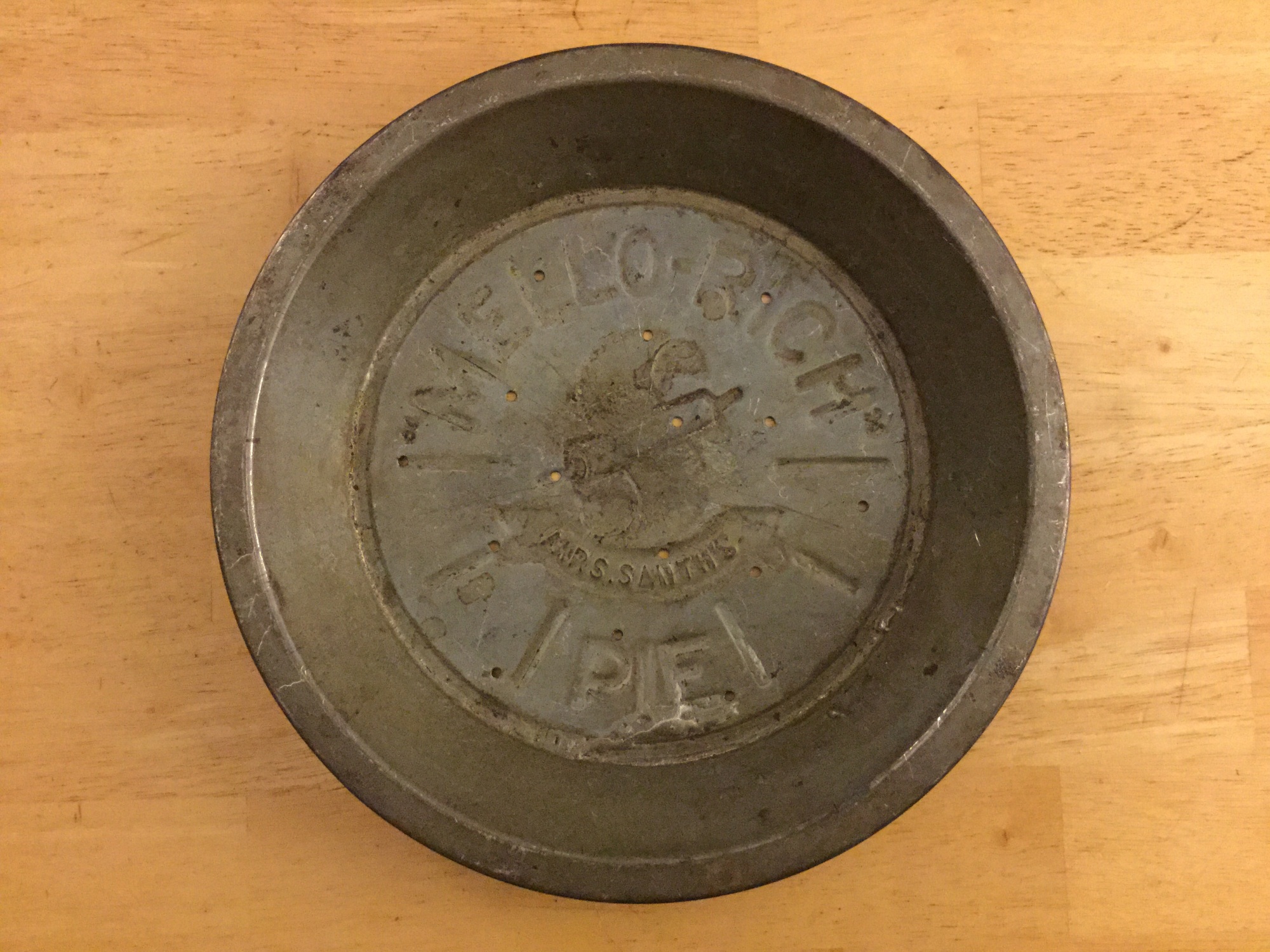 This is an item that I probably acquired from my grandma. It is a Mrs. Smith’s Mello Rich pie tin. I have seen them dated anywhere from 1930s – 1950s, so let’s just call it mid-century. It has ventilation holes punched into it, and I’ll bet it makes a mighty fine crust. Use some lard in that crust, like my grandma did, and that mighty fine crust becomes transcendent crust. Only one problem: my tin looks to have been soldered, and with what? Aluminum? Tin? Lead? How do I know it is not poison to bake a pie in it? Anyone out there have the facts? Right now I am using it to hold candles when I burn them. I would rather use it to make a pie with transcendent crust. (I’d settle for a mighty fine crust, though. I am not exactly flush with lard.)